How to set up a charity 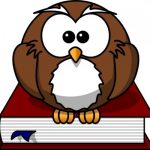 If you decide to set up a charity there are a number of things to consider and steps you need to take. To help you get started we have listed some important factors to consider when you start your charity.

It is important that your charity’s purposes (also known as “objects”) are exclusively charitable, otherwise it cannot be a charity. Your charity’s purposes tell people what the charity does, where it does it and who will benefit (its beneficiaries). Clearly stating these things shows how your charity will meet the public benefit test. It also helps the Charity Commission and HM Revenue & Customs decide if it is a charity.

There are advantages and disadvantages to each but getting it right for your charity from the start avoids the need for costly changes in the future.

Your charity’s name is important because it is your brand and identity.  There are some names that you are not allowed to use, for example if it is misleading or it is too similar to another charity.  The Charity Commission can make you change the name if it is one that is not allowed.
Find Trustees
Trustees are the people who are legally responsible for running a charity.  They may be known as trustees, directors, board members or committee members.
Being a trustee carries legal responsibilities that should be understood before taking up the role.  Trustees are not expected to be experts in every area.  They are, however, expected to take reasonable care in their duty as trustees, using their skills and experience and taking professional advice when appropriate.
Not everyone can be a trustee.  For example, people who are disqualified from being a company director or have been convicted of an offence involving dishonesty or deception cannot usually be a trustee.  There are age restrictions depending on what type of charity you are setting up and other restrictions apply if your charity will help children or vulnerable people.
It is prudent to ask all prospective trustees to sign a declaration form confirming that they are eligible to act within these restrictions.
Starting Your Charity
Your charity will come into existence once your governing document is brought into effect.  Again, how this is done will depend on your charity’s structure and governing document.

Once you have set up your charity you will need to think about how you are going to run it.  Even a small charity will need a bank account in the name of the charity.  You might also find it helpful to have a business plan from the start.  This will help you to focus on what your charity does and how it will achieve its objectives.

Depending on what your charity does, you might need a range of policies.  The Charity Commission for England and Wales expects all charities to have a reserves policy, so you should set a reserves policy before or soon after starting your charity.  As a minimum, we recommend that you also put in place a conflicts of interest policy from the outset.

If you want to set up your charity as a Charitable Incorporated Organisation or if your charity’s income is going to be over £5,000 per year, and it is based in England or Wales, you will have to register it with the Charity Commission for England and Wales.  The Commission will only register your charity if it is exclusively charitable and can demonstrate that it meets the public benefit test.

If your charity will operate in Scotland or Northern Ireland, you may also need to register with the Office of the Scottish Charity Regulator and/or the Northern Ireland Charity Commission.

You can also register your charity with HM Revenue and Customs.  This allows you to get tax relief on things like Gift Aid donations.